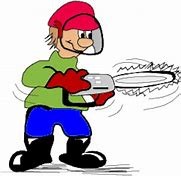 Hi everyone, and to begin some good news, Mark has given up weather forecasting!!!!!

We welcome another new member to the Seniors’ section, namely, Graham Brindley.   I think/hope I have that right, but Graham only joined us on Tuesday [13th inst] so stand ready to be corrected at the next roll-up!

Turning then to the subject that has exercised us all in recent weeks:

Carole Avenell, our new ‘supremo’ to those of you that have forgotten already, has responded to our queries and, as forecast, her responses are as positive as we could have hoped.   Carole must remain a little careful with detail until she formally takes over, but the story so far:

a] the catering will be ‘business as usual’, so you can still expect Natali to ‘meet & greet’ in her own exuberant way even at 8-o’clock on a miserable Tuesday morning:

b] the roll-up itself remains firmly on the calendar for every Tuesday exactly as now:

c] Carole has confirmed her willingness to support such events as our Pairs Open, albeit details will need to be kept in the ‘pending tray’ until Carole is ‘in post’, and:

d] all suggestions for improving the club & course [see below] will be considered, but don’t be disappointed if you find that they have been thought of already.

As inferred above, it is the management structure & related queries that Carole has to be coy about, not least because there are some matters still being negotiated, and of course she hasn’t even started officially the big day being the 1st April.   Nevertheless, the enthusiasm of Natali & Mark when talking of what is happening in their ‘department’ augers well for us all.

Knowing how shy & retiring you all are [not], rather than see Carole and her new team inundated with suggestions from all quarters, we have decided to adopt a procedure for handling your suggestions.   If any senior member has a suggestion on how the club, course or clubhouse could be improved would you please make them [preferably in writing] to a member of the committee.   We will then review them and forward those that we consider to be appropriate to Carole via Ray Duckett – Ray being the non-executive member of the committee tasked with liaising with other sections of the club.

It is hoped that this will enable us to weed out frivolous suggestions and avoid duplication, thereby ensuring positive suggestions are given the full consideration they deserve.

Theft from lockers:     You will all be aware that some seniors had equipment stolen from their lockers.   One suggestion that has already been made to provide an extra level of security is to fit a key-pad to the locker-room door.   Unfortunately, if the thief is a member [and let’s hope not] this will not help much, but understand that something even more comprehensive is being considered, so the matter is certainly being worked on – watch this space!!!

Terry has been beavering away in his shed and come up with another worthwhile reason for using our website –  advertising.   If you have any ‘kit’ that you wish to buy or sell, or an event that you wish to advertise, this is the place to do it and at just £3 for up to 6-weeks of coverage it’s almost as cheap as the roll-up and you know what a bargain that is.

There are already a couple on the site, and to remind those of you that have been in hibernation for the last several months our address is www/carswellseniors.com     Talking of which:

The first person to take up the advertising option was our own entertainment super-star, Peter Wright.   By popular demand ‘An Evening with Pete’ returns to the clubhouse on 23rd March and tickets are on sale from Natali plus other outlets – go to the website for full details.

I was going to use Pete’s own picture, but thought I’d use something serious instead!!!!   Sorry Pete, I couldn’t resist it!

Bill has now closed the book on the Gotzl [singles] & Geko [pairs] competitions.   There are 24-pairs for the Geko, with eight to receive a bye and the remaining 16-pairs playing the preliminary round – the draw to take place after the roll-up on 27th inst.   In the singles there are 39-entries of which twenty-five will receive a bye, leaving 14-players to contest the prelims.   Bill is threatening to post the draw on the notice board on Friday 16th inst, and Terry will be ‘hot-footing it’ to his shed to put a follow-up on the website.

On a related issue, now we have a better understanding of the club’s future we intend to order a batch of branded shirts & jumpers so that you can all look your sparkling best for matches, awaydays, etc.   Both will be of good quality and feature one of the preferred logo designs from the past – i.e. not that that received a kicking last year.  With quality in mind we anticipate a price in the region of £35 for the jumpers, and if you think that you would be interested all we ask is that you let one of the committee know, also confirming your size.   Once we have the prices we will get in touch again, and you will certainly know before we place your order.

I don’t intend to return to the subject of the weather but can confirm that I have spoken to Mark about the bunkers and offer to help rake them in particular – I thought it may make a change to his to using the chainsaw.

Currently he is rather stuck for equipment as most of that leased by JD has been removed.   However, he is expecting the replacement machinery [all brand spanking new I am told] before the end of the month – after that I’m sure that there will then be no stopping him!

Winter rules:   With the rain still falling at too regular intervals and even more snow expected, we can obviously expect the winter rules to apply for a little while longer.   Matches & competitions excluded we will therefore continue to use ‘Jerry’s rule’ for the roll-up unless Mark can indeed swing into action with the new machinery beforehand.

To remind you of the rule:

‘Jerry’s Rule’:       Where the sand in a bunker is unraked & compacted [which is most of them, most of the time at Carswell during the winter months] the player can lift his ball, rake the sand, and drop under ‘supervision’ from his playing partners before playing his shot.

Greg has now issued his long awaited post-AGM proposals on slow-play and these will be posted in full on the website – knowing Terry he’s down the shed already ‘posting’ away.   But for those of you that cannot wait, here’s a couple that I haven’t poached already, namely:

All logical stuff really, and these along with Greg’s other proposals will be revisited each month to refresh your memories throughout the year ahead.

Thanks once again to Tim Hoiles for producing the ‘on course’ competition markers – nearest the pin, etc.   Some wag has suggested that these look rather like large hypodermic needles you should see the pointed end!!!], so be careful when handling, but they should prove invaluable in inclement weather – thanks again Tim.

Heard on the Course

Courtesy of Terry Clark – best stick to the website do you think Terry?